Educating for the Preservation of the Forest: a future in Famalicão 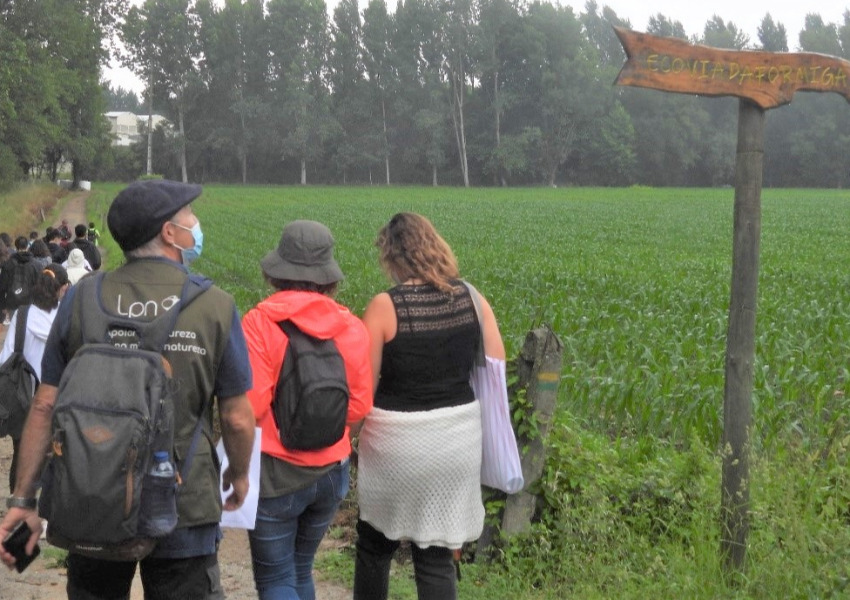 After having been with the Gondifelos school, the new challenge of the Forest Literacy Project was with the students of the 8th grade 13, from Escola EB2,3 Júlio Brandão, in Famalicão.

We made a walk from the school to the Parque da Formiga with a distance of 4.3 km to get in touch with the green spaces near the city. Accompanied by the teachers and Ana Silva from the City Council of Vila Nova de Famalicão, we set off after a brief introduction made at school by Jorge Fernandes, a teacher from LPN and Ana Silva, a representative of the Environmental Awareness Office of the City Council of Vila Nova de Famalicão, about the project, highlighting the importance of the Forest and the benefits it brings us, including ecosystem services. 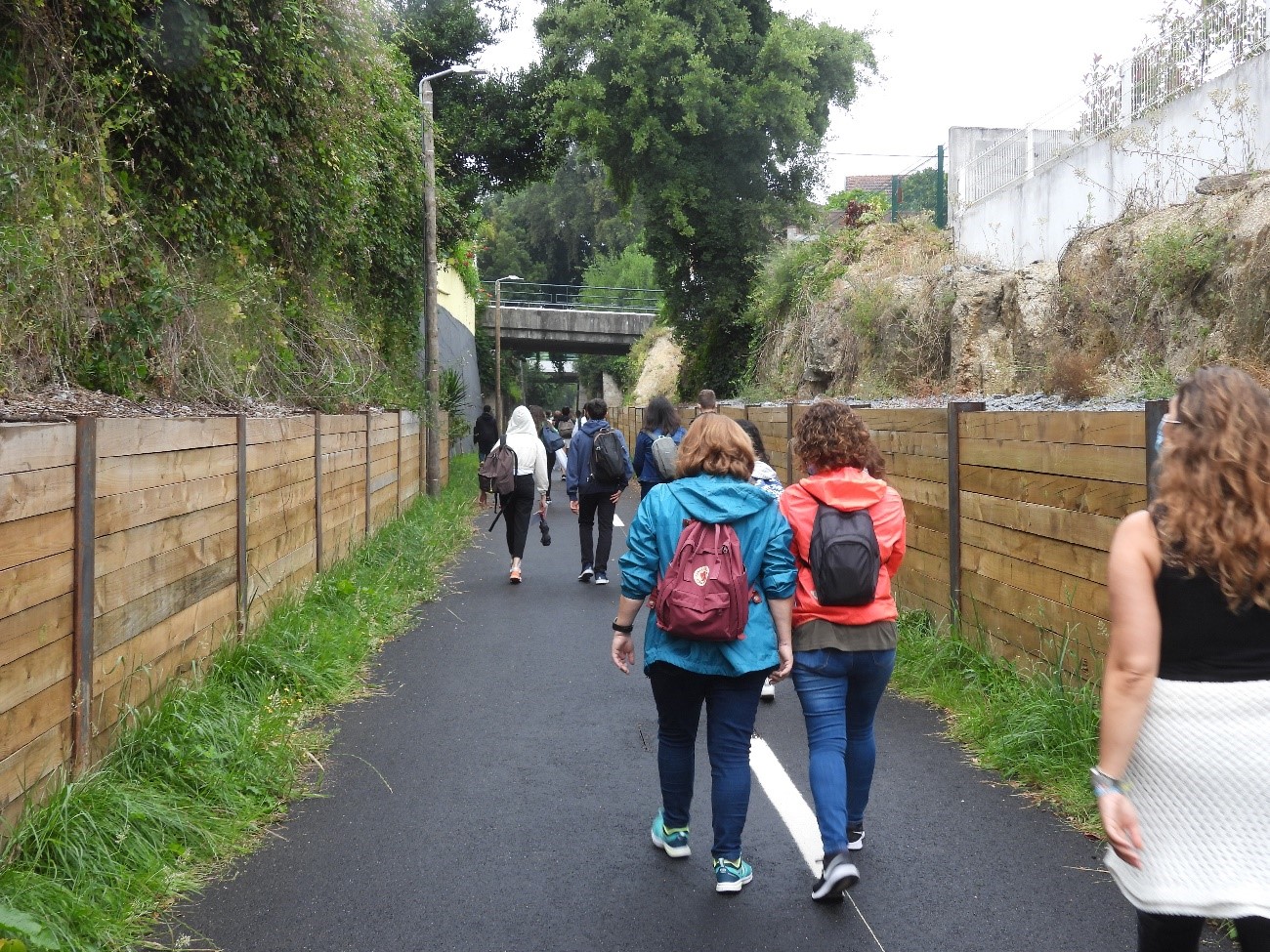 After the two initial sessions held online, led by Rita Alves from LPN, where students showed their work, in response to the challenge proposed in the 1st session investigating the origin of nicknames related to trees and the forest, disclosing photos of common, everyday objects that they have at home and whose raw material comes from the Forest, the students made the field trip.

Along the way, the native species were highlighted, raising awareness of the problem of the impact of invasive species and curiosities about the associated ecosystem. As planned, in the initial actions the students made the bird feeders by placing them in trees and collecting trash along the ecovia path. 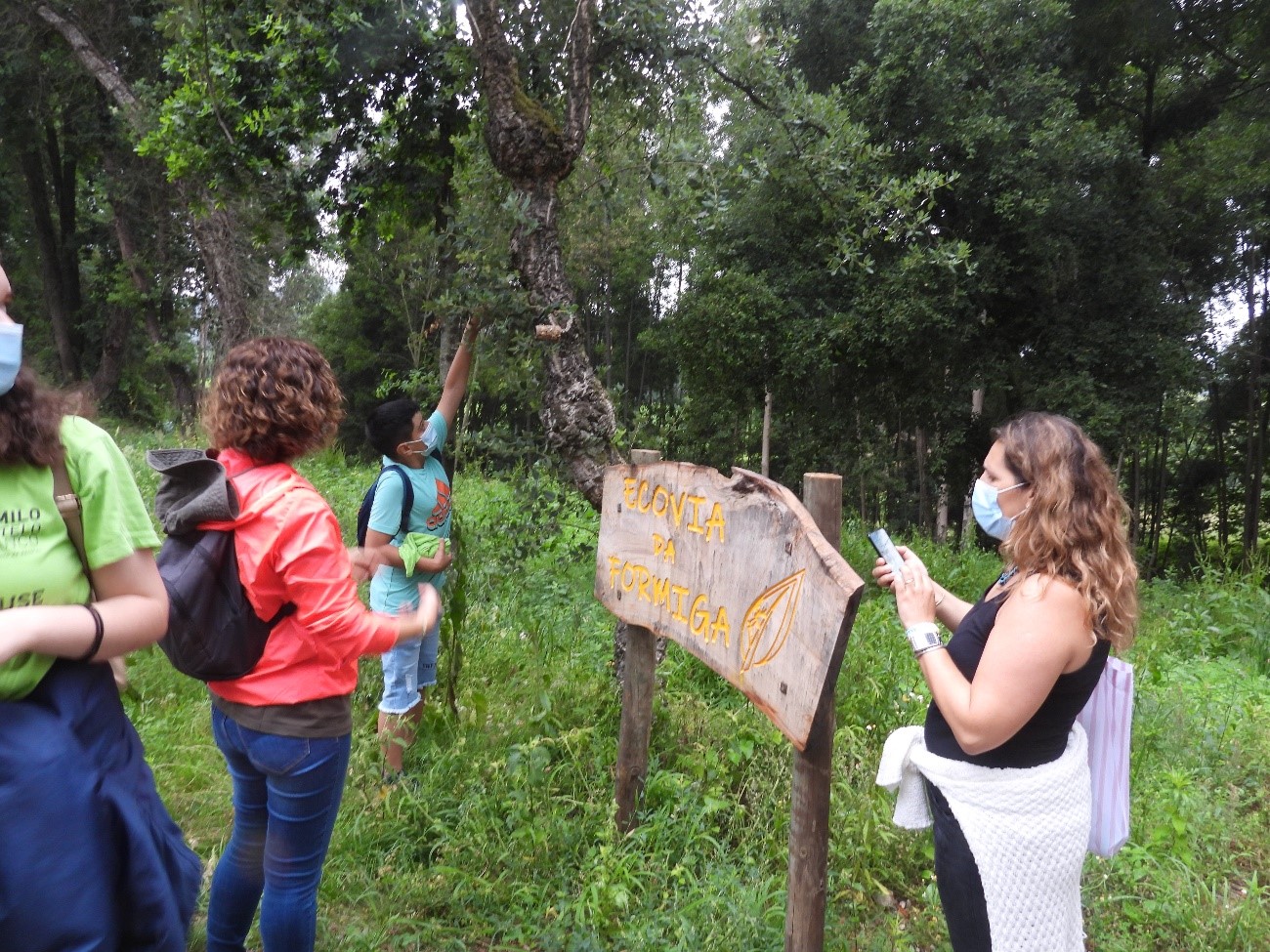 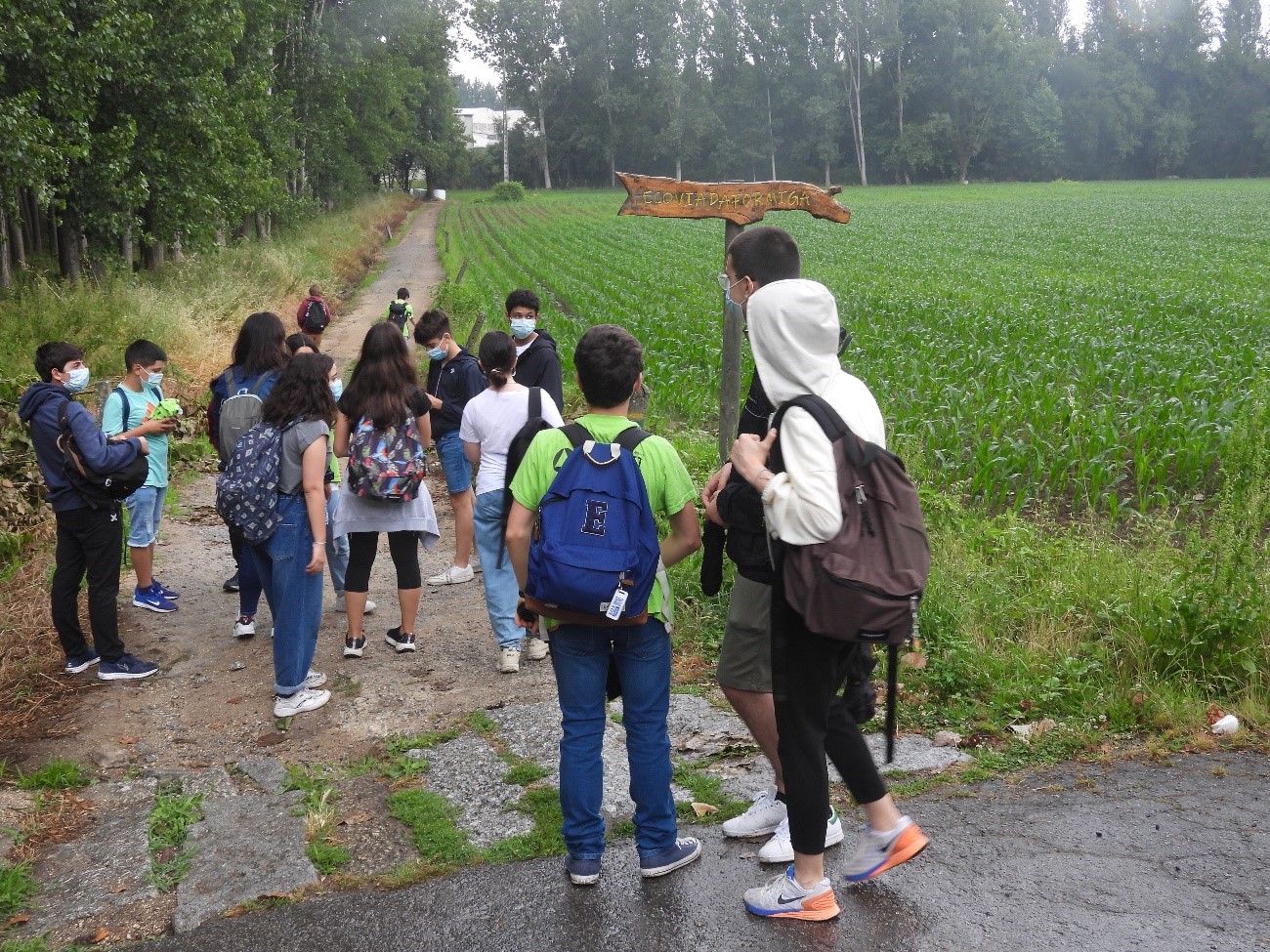 When they arrived at the Formiga Leisure Park, a green space with about 2500 square meters, located in the parish of Louro, the students performed actions related to biodiversity and ways to contribute to its conservation. With the support of the guide, they also highlighted the importance of lakes as agents promoting biodiversity.

Increasing environmental education with the exploration of the surroundings, contacting the green spaces around the villages and emphasizing the importance of biodiversity conservation will allow for a more sustainable future. We believe that upon returning to school, the students became more aware of their surroundings and the importance of a well-managed and well-ordered forest. This is the goal of the project Literacy for the Preservation of the Forest, which once again had the support of the municipality of Vila Nova de Famalicão. 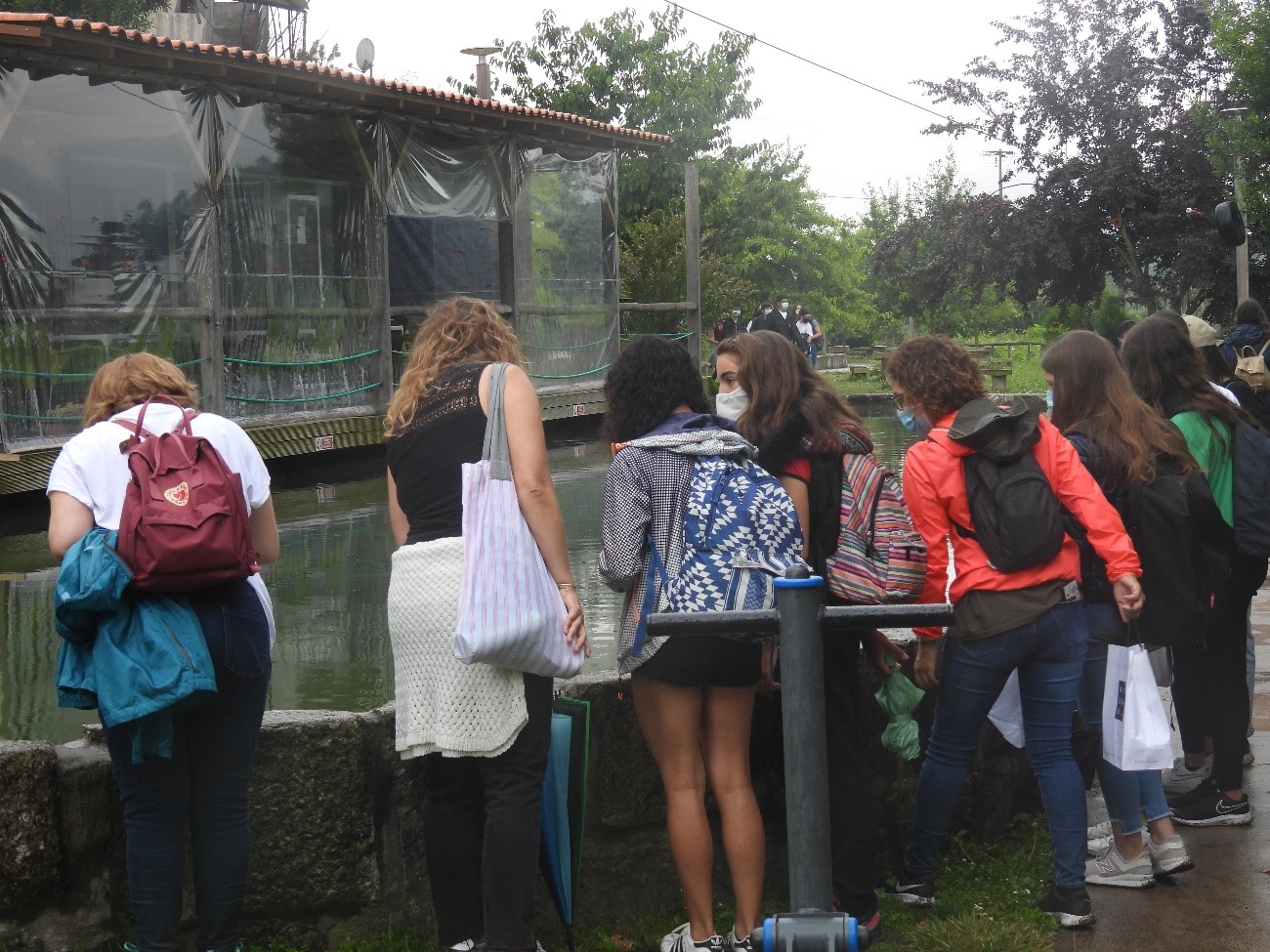