Eugénio Sequeira: a life for the environment 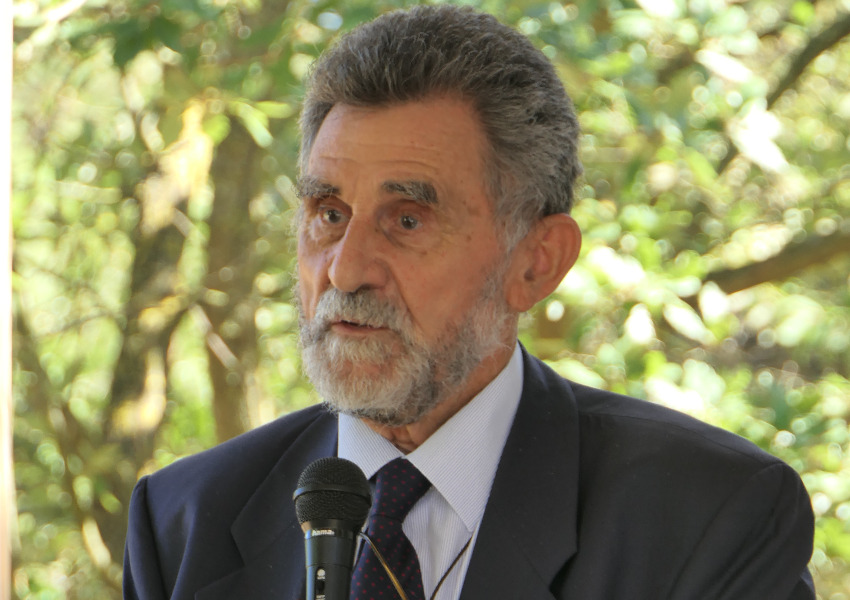 Eugénio Manuel Bilstein de Menezes de Sequeira, has a unique curriculum in the defense of the environment in Portugal. With a strong and historical connection to the Liga para a Protecção da Natureza, he has been involved in several mandates of the National Board of the association, having held the Presidency three times, between 1996-99, 2005-09 and 2018-19, giving impetus to emblematic pilot projects, such as the compatibility of agriculture with the protection of steppe birds in Castro Verde and the adaptation and mitigation of desertification. He also represented LPN in the Environmental Chamber of FSC Portugal until 2020.

On their own initiative, a group of environmentalists joined together to pay tribute to his work and legacy. The group, composed of José Manuel Caetano, Filipe Beja, João Caninas, José Alho, Helena de Freitas, Jorge Palmeirim - current President of the National Board of LPN - and the sculptor João Marques, held a fundraising campaign with the aim of building a bust of Eugénio Sequeira. Given the success of the campaign and the strong historical connection of the honoree to the Castro Verde region, the bust will be presented on May 8 at the LPN's Vale Gonçalinho Environmental Education Center, where it will remain.

Agronomist graduated from the Instituto Superior de Agronomia in 1961, Eugénio Sequeira moved in 1965 to the Pedology Department of the National Agronomic Station and became its coordinator in 1983. Guest Professor at several Universities (Technical University of Lisbon, NOVA, Lusófona, Vasco da Gama and Algarve), and also Polytechnic Institutes (Beja, Coimbra). He was a member of the Scientific Council of the School of Agriculture of Beja and the Technical Council of the Institute of Hydraulics and Rural Engineering and Environment.  Later he was appointed Coordinator of the Scientific Council Group of the Ministry of Agriculture, Rural Development and Fisheries, in charge of preparing the meeting on "Afforestation, Reafforestation of Degraded Sensitive Ecosystems", as well as the preparation of the "National Program to Combat Desertification".

He was also President of the Portuguese Society for Soil Science and has been a member of the National Council for Environment and Sustainable Development and since 2000 member of the National Council to Combat Desertification, as an expert at the United Nations under the Convention to Combat Desertification and Drought. He has been an active voice in areas such as agricultural sustainability, land use planning, combating desertification and forestry, tirelessly promoting direct seeding as a measure to prevent soil erosion and has developed a system for soil recovery with deep injection of WWTP sludge, which was awarded in Japan. Author of hundreds of scientific and publicity works, he has dedicated himself, through cooperation and scientific guidance, to research and development work in the area of Sustainable Agriculture, which has already won national and international awards

Program of the ceremony:

The tribute will take place outdoors and subject to all the rules and procedures of the Directorate General of Health, and in coordination with the Local Health Authority.