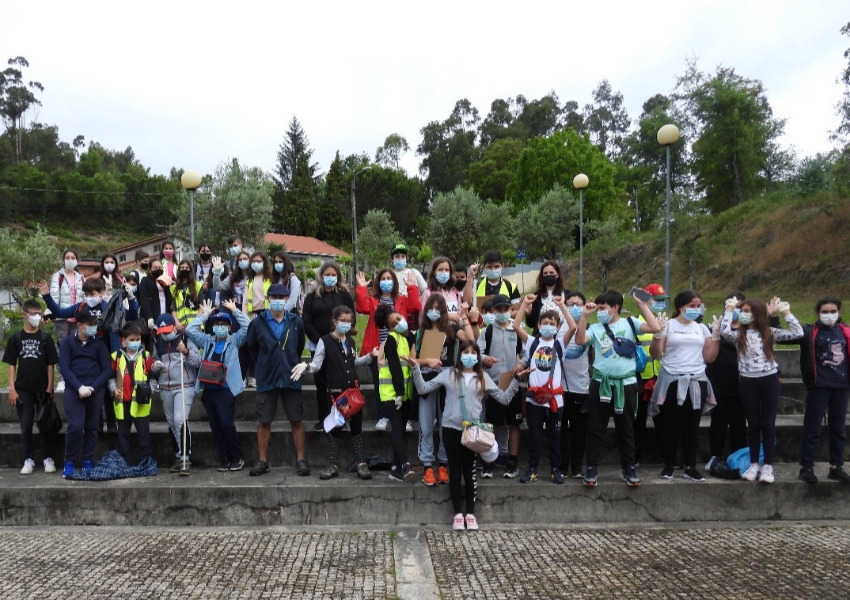 LPN's Forest Literacy Project was at Trigal de Santa Maria Elementary School - Tadim (Braga). The school develops integrated environmental education initiatives, using natural resources as teaching tools in any subject. Examples are the wealth of species in the school grounds, with native species and Gingko Bilobas - symbolic trees designed to be almost immortal due to their resistance and longevity. Also, the existence of a garden library and a pond in the school grounds, as part of the actions of the Ponds with Life Project, makes it possible to increase biodiversity and, at the same time, promotes environmental education and involvement. 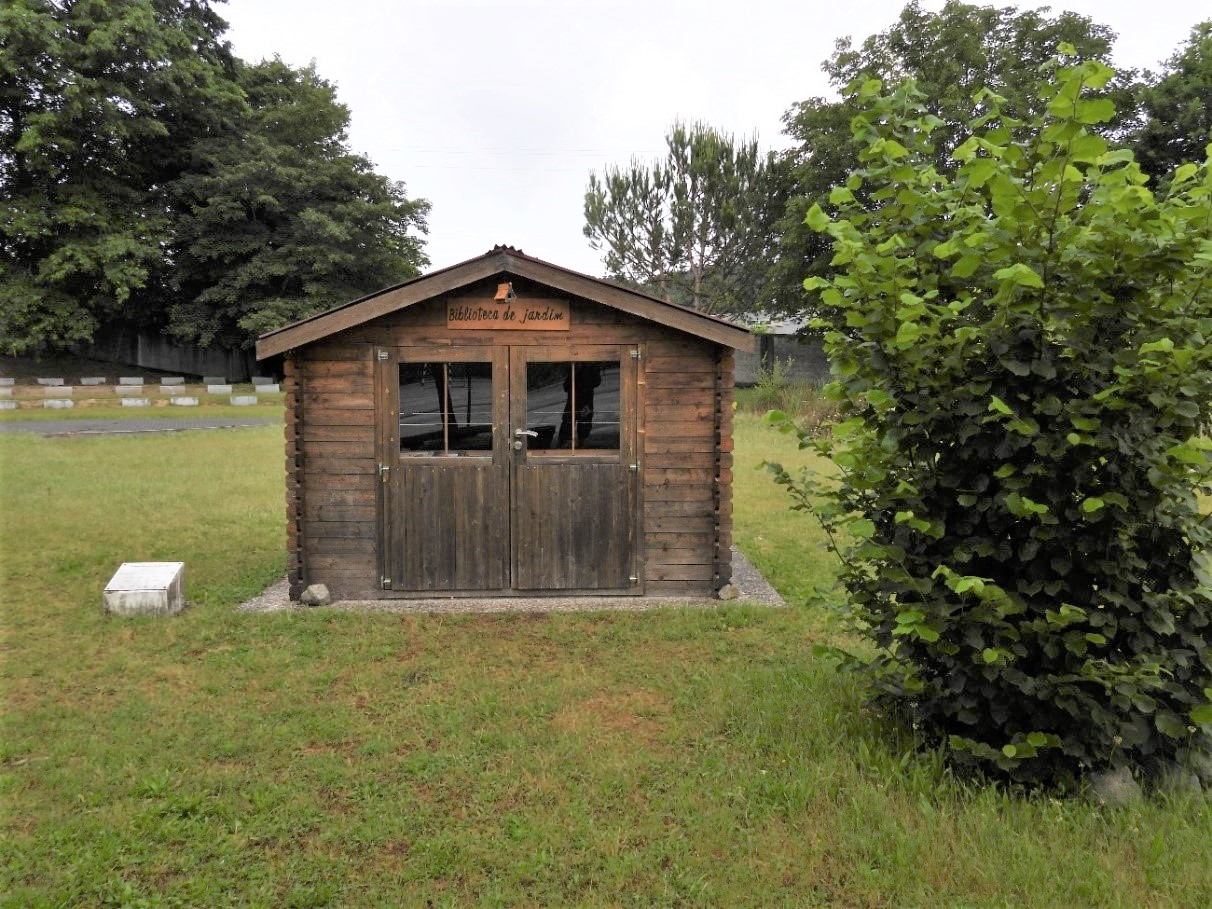 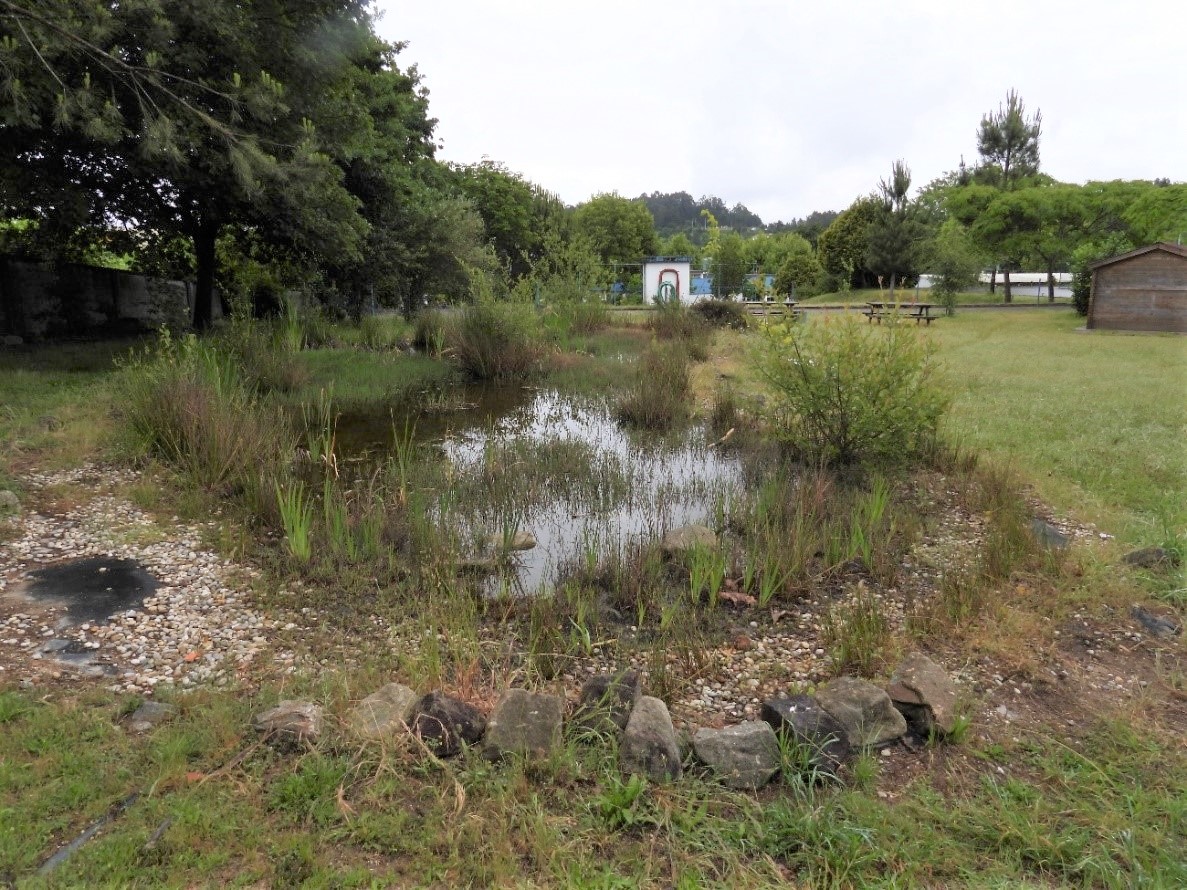 Pond in the space of the Trigal de Santa Maria Elementary School.

After the online actions developed in digital format, the field trip was developed with the choice of a route by the teachers and students of the 6th grade, through a walking trail made in the vicinity of the school allowing to explore the natural values of the county in a pedagogical way in a face-to-face format. 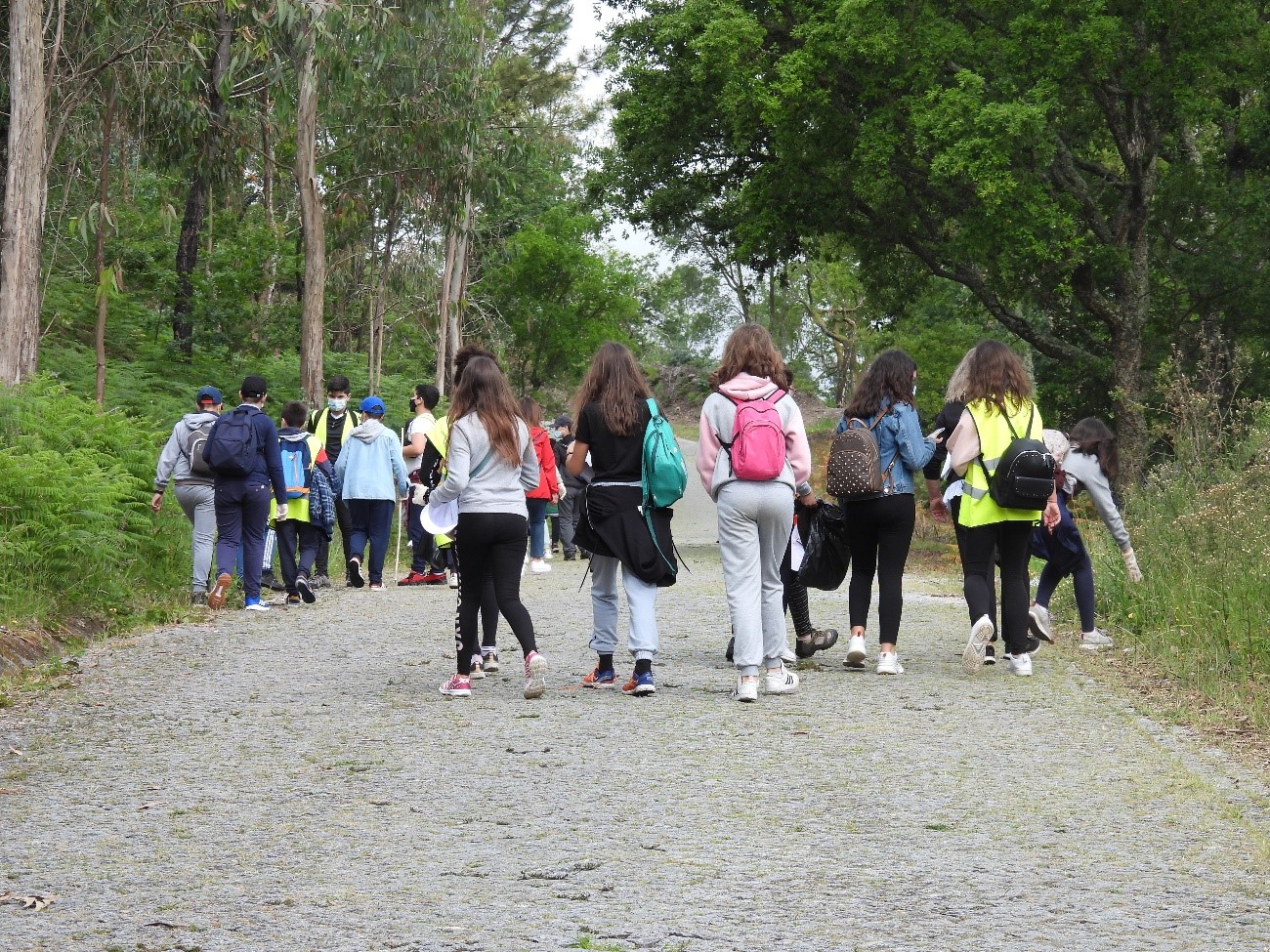 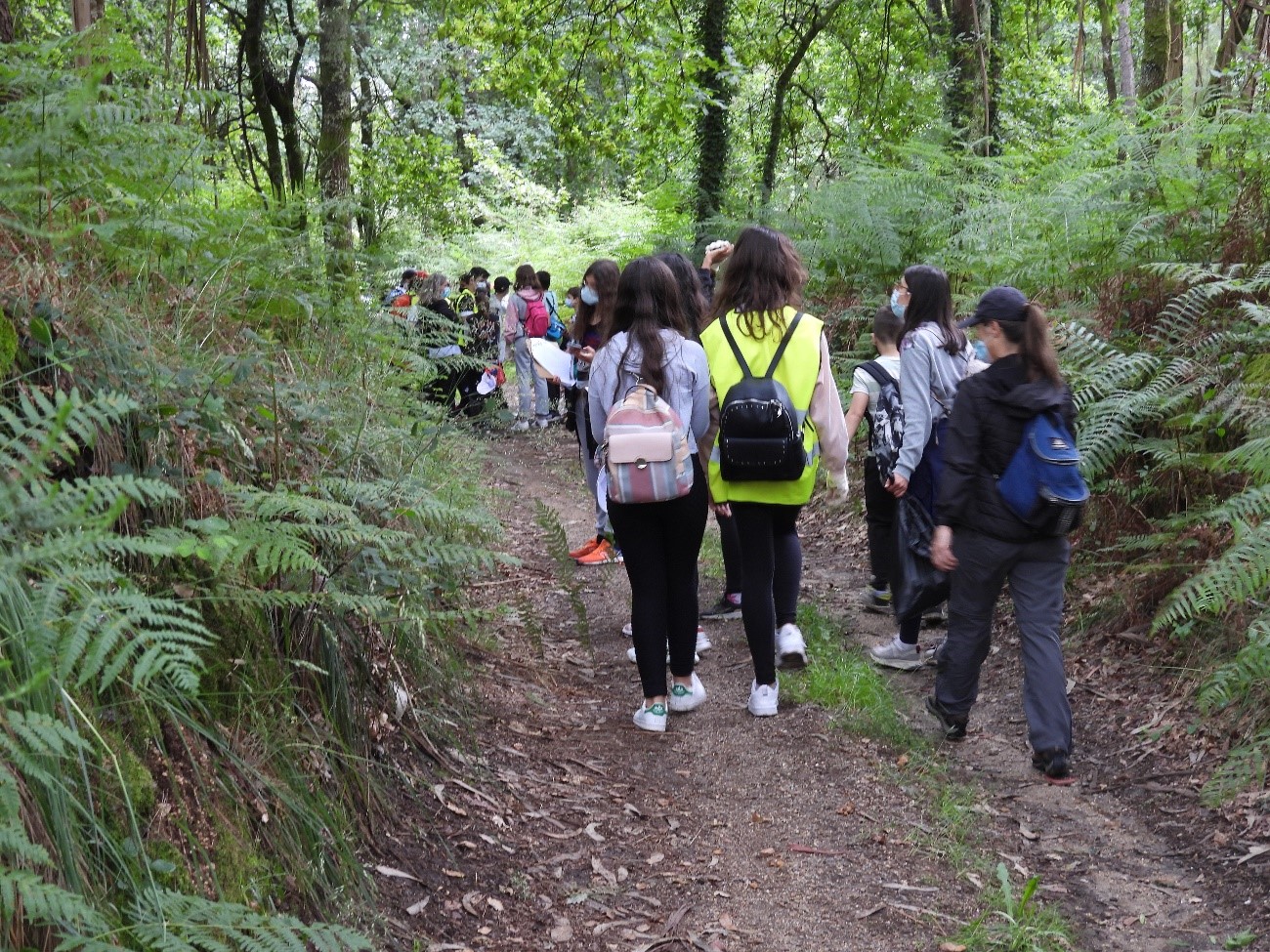 On this day, it became clear the involvement and motivation of teachers and students with visual education activities in the school grounds, organizing a walk through the forest in the Tadim area where they monitored the natural space, identifying some relevant species of native forest and others considered invasive. At the same time, the teacher from LPN mentioned the importance of the forest as a precious asset for living beings while passing by a timber industry and where students were collecting along the way various waste products that increase the danger of starting uncontrolled forest fires. 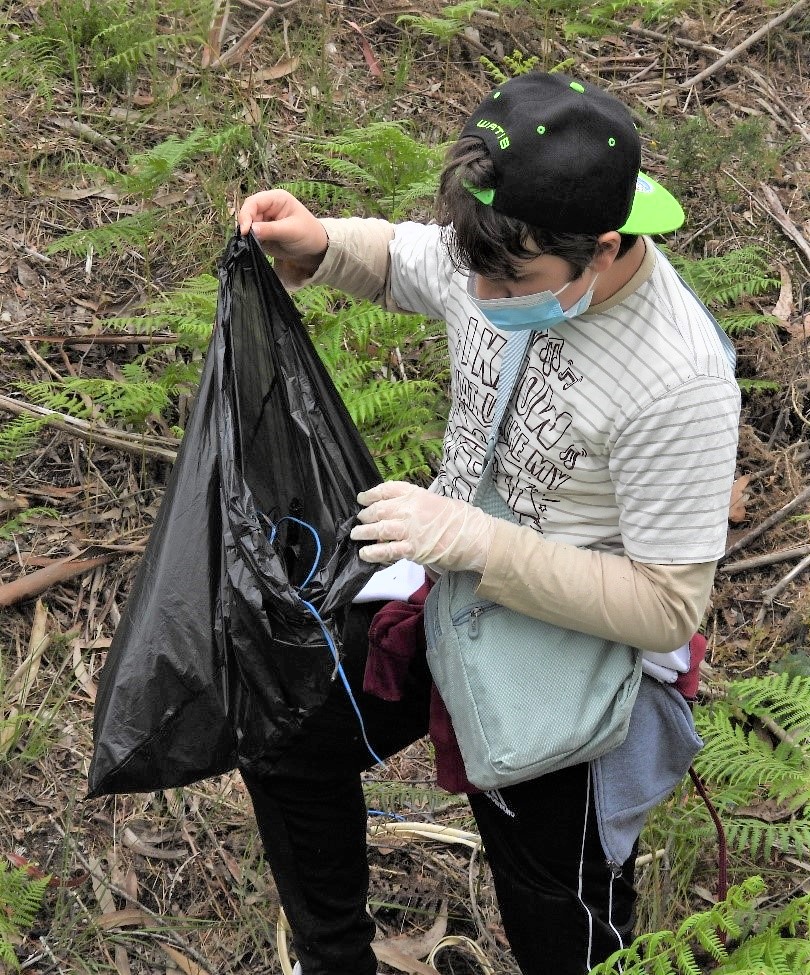 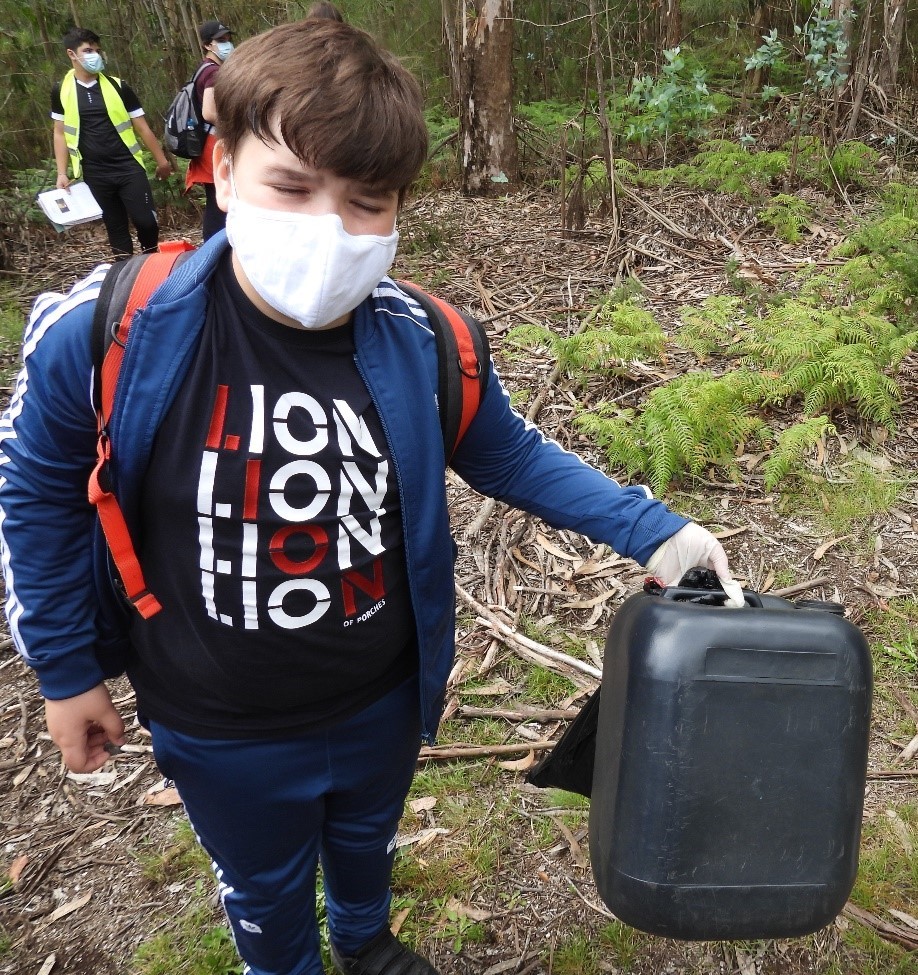 Example of garbage collection done on the walking path.

The work done by this school, the interest and dedication shown by the students and teachers served to remind us that we are capable of solving problems that seem difficult. Who knows if in the future they will not be our leaders, or the drivers of change, being prepared not to take short-term measures, based on scientific evidence, to project sustainability, forest preservation and social justice.