From Braga to Loulé: Forest Literacy project takes more than 1700 students to discover the nature around them 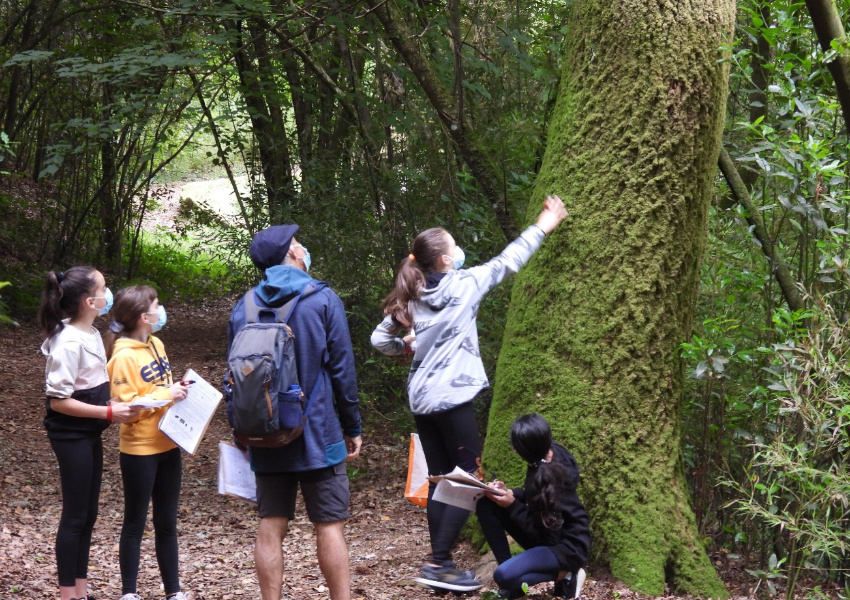 LPN's environmental education project that values the forest and local heritage has more than doubled its participants in the school year that just ended.

The League for the Protection of Nature's (LPN) Forest Literacy project was implemented for the second consecutive school year nationwide, with a membership rate of over 200% compared to the previous year, with more than 1,700 students participating. In the 2021-2022 school year, the municipalities of Arronches, Braga, Leiria, Loulé, Maia, Sintra, Torre de Moncorvo, Torres Vedras and Vila Nova de Famalicão joined the project and provided their students with an enriching experience that links the classroom to Nature, leading them to discover and appreciate the forests in the region where they live.

The project is based on the monitoring of each class throughout practically the entire school year, through the implementation of five actions: three theoretical ones with a strong pedagogical slant, where the forest is presented as an ecosystem in the world and in Portugal, its biodiversity, its values, the services it provides and threats; a field trip to a forest in the region for contact with nature and consolidation of the knowledge acquired; and a final municipal meeting to evaluate the project with the participation of all those involved.

According to Ana Sofia Ribeiro, coordinator of LPN's Environmental Awareness, Education and Training Department and of the Forest Literacy project, "the differentiating element of this project is the continuous work with students and making them active agents in the preservation of the local forest, either in its identification and exploration/discovery or even in the creation of concrete and simple actions that can be replicated by each one of us".

Students, teachers and municipalities also share the added value of participating in the project. "It was a good experience, where we got to know new living beings, better the area where we live; we learned in a different way, instead of being inside a room reading or watching a book, we got to live the experience", says a 6th grade student from Escola EB23 Visconde Juromenha, in Sintra.

Rúben Oliveira, a member of the National Board of LPN reveals that "in the 2022-2023 academic year we will present a project enriched by the opinions received from all over the country. "In addition to the module that we have been implementing, we will include a new one dedicated to the issues of loss of biodiversity, scarcity of natural resources, and climate change, always based on forest ecosystems", adds the leader.

Registration for the Forest Literacy project in the next school year is now open and will run until September. Entities such as intermunicipal communities and municipalities can sign up directly by emailing LPN, while interested schools and teachers will have to pass on their interest to municipal bodies.