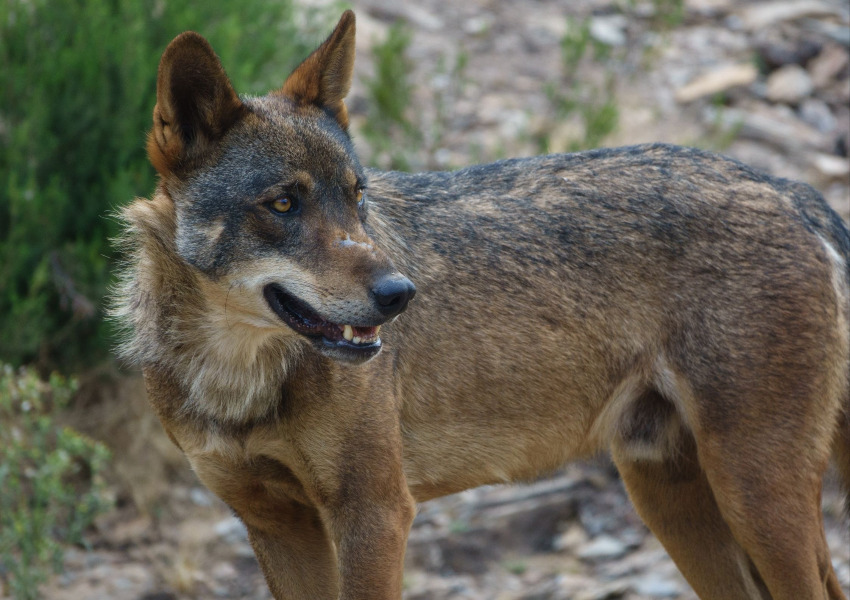 Following the opening of a Public Notice by the Institute for Nature Conservation and Forests (ICNF) in early July to strengthen measures for extraordinary correction of the density of wild boars, 13 NGOs sent a letter to that Institute, on July 30, in which they expressed great concern about the overlap of these measures with the breeding season of the Iberian wolf, which could compromise the conservation of this species, considered "Endangered" of extinction in our country.

Proposing the elaboration of a new Public Notice, that would better protect the Iberian wolf, the organizations requested ICNF to immediately suspend the attribution of credentials for extraordinary correction of wild boar density in the distribution area of the wolf, during its reproduction season (May - September).

They also asked to be provided with relevant information (such as the number of credentials already granted, the number of wild boars to be culled and already culled, and the rationale for the potential impact of these measures on the wolf population) on which ICNF bases its publication. To date, the response to this request has not arrived, despite our insistence.

The Iberian wolf is fully protected by specific national legislation (Law No. 90/88 of August 13, the Law on the Protection of the Iberian Wolf, and the Decree-Law No. 54/2016 of August 25 that regulates it) and also by legislation of European scope, so the ICNF, has a great responsibility in the preservation of the last great national predator.

Hunting wild boar in the circumstances permitted in the Public Notice, i.e. during the breeding season of the Iberian wolf, is highly damaging to the species, due to the disturbance it causes in areas of great importance to its conservation, namely the breeding grounds during the period of greatest vulnerability of the pups (the first 5 months of life). Even more so when the extraordinary measures provided for in the Edital allow for the presence of up to ten hunters and 20 hunting dogs, both during the day and at night, in the corrective actions requested by entities holding or managing hunting areas.

These actions will certainly have serious impacts with the increased disturbance of the packs during the breeding season, compromising their reproductive success, with obvious and potentially very harmful impacts on their viability and the recovery of the wolf population. Indeed, they may result in the displacement of packs in search of a new refuge, which may result in a decrease in the survival rate of the pups, since their mobility is limited in the first months of life, in addition to exposing the entire pack to many other risks during this displacement, of which the most flagrant is being run over, the main known cause of death of the species, besides others, such as shooting or trapping.

For all these reasons, the signatory NGOS consider that ICNF's issuing of permits for extraordinary correction of wild boar density in the manner in which it is done is highly damaging to the objectives of conservation of the Iberian wolf in Portugal.

Thus, we make a new appeal, now public, for the revision of the Edital and its immediate suspension in the wolf distribution area and until the end of September, requesting also that the credentials to be issued this year for the distribution area of the Iberian wolf, under the new corrected edital, contemplate only waits in order to minimize the impact on the Iberian wolf. The NGOS also make public that they have already filed a complaint with the Commission for Access to Administrative Documents, for not yet having obtained the information requested from the ICNF. This situation contradicts and undermines the efforts for the conservation of the Iberian wolf that have been made in recent decades, both by ICNF itself and by the NGOS and society in general.