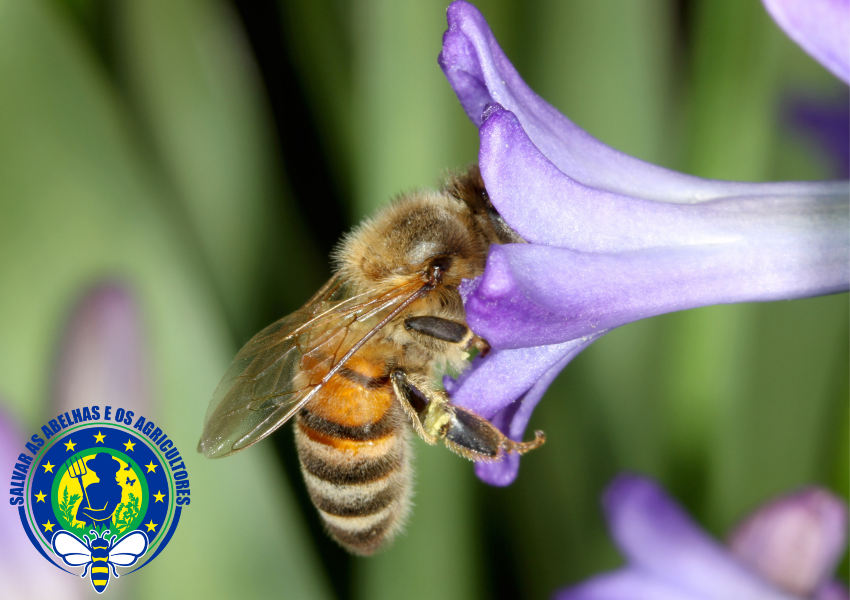 The European Commission has set the goal of the European Ecological Pact to restore biodiversity and reduce pesticide use by 50% by 2030. In fact, for the first time, the European Commission formally recognizes that the use of phytopharmaceuticals is one of the main factors leading to the decline of biodiversity. Pollinating insects and in particular social and solitary bees (Apis spp, Bombus spp, Megachile spp, Osmia spp, Andrena spp, Rhodanthidium spp, Colletes spp), which provide essential ecosystem services, are declining in Europe, with some species even already extinct.

Unfortunately, and despite the political discourse for the protection of bees and nature, the facts show us that many EU Member States and the European Commission continue to ignore the harmful effects and consequences of the use of plant protection products, contrary to the guidelines of the European Green Pact. In a letter dated April 2, 20211, Health and Food Safety Commissioner Stella Kyriakides informed us that many Member States oppose a ban on the outdoor use of three pesticides considered to be harmful to bees: sulfoxaflor, benfluralin and cypermethrin. The European Food Safety Authority (EFSA) has identified high risks to bees for sulfoxaflor and cypermethrin, while for benfluralin, the risks could not even be determined due to numerous data gaps in the approval dossier. Furthermore, in the framework of the ongoing discussions on the Bee Guidance Document, most Member States recognize the high impact of these plant protection products on bees.

In 2013, Member States agreed to set an upper limit of 7% for worker deaths due to pesticide exposure, per bee colony.

There are indications that at the moment, most Member States are admitting higher losses, with some Member States willing to accept up to 25% reduction in the population of a bee colony when exposed to a phytopharmaceutical. This would violate the principle of the European regulation on phytopharmaceuticals that they can only be authorized if they have no unacceptable impact on the environment.

All these discussions are taking place behind closed doors in the Standing Committee on Plants, Animals, Food and Feed and your position has never been made official, which is in our view a democratic deficit. We consider the way the situation is developing to be unacceptable: the majority of Member States refuse to support the adoption of the 2013 Guidance Document on Bees and refuse to ban these substances, even though EFSA points out that it considers the risk posed by plant protection products to be excessive. This attitude prevents reversing the current biodiversity loss that Europe and the world are facing and fails to protect the health of European citizens.

As the Portuguese representatives of the "Save Bees and Farmers" European Citizens' Initiative2, we call on Portugal to immediately support a ban on the outdoor use of sulfoxaflor, cypermethrin and benfluralin, defending biodiversity, socio-economic sustainability and the health of farmers and rural communities. We also request that Portugal support the establishment of 5% as the maximum limit for the reduction of the bee colony population, as several scientific studies3 show that this should be the maximum acceptable value that allows the survival and viability of colonies.

Therefore, we hereby ask you, Mrs. Minister Maria do Céu Antunes and Mr. Minister João Pedro Matos Fernandes, responsible for food safety and biodiversity protection in Portugal, to inform us about Portugal's position regarding the approval or non-approval of the phytopharmaceuticals (active ingredients) sulfoxaflor, benfluralin and cypermethrin. We would also like to ask you what percentage reduction in the size of bee colonies Portugal supported at the 24/25 March meeting of the Standing Committee on Plants, Animals, Food and Feed and what Portugal's position will be at the Agriculture and Fisheries Council meeting on 28-29 June where the level of protection for honey bees will be discussed.