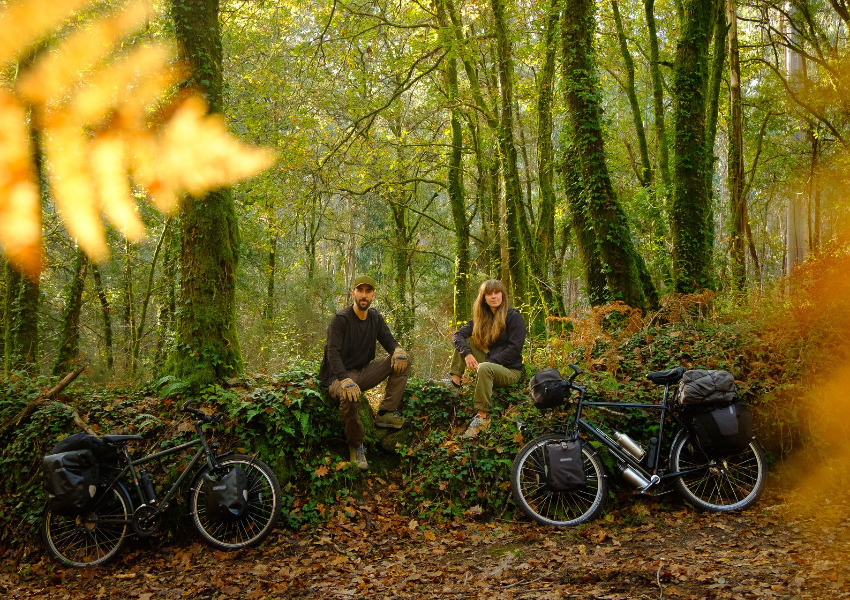 The Rewilders: Exploring & Protecting project has been around for over a decade and is based on effective and strong environmental activism. Its mentors are Agnes and Brais. Their first expeditions were to the wild wonders of Europe.

On foot, by bike and raft, in 2020 they set-off on a search for the last wild places on Earth in order to discover their biodiversity and to join the people who fight to preserve it.

In alliance with Friends of the Earth, BirdLife and WWF, this expedition started in Spain and is currently continuing in Portugal.

When LPN heard about this project, it immediately embraced it and made Agnes and Brais aware of its work in favour of nature conservation and biodiversity.

"Every time we plan the Rewilders mission in a new country, we do a thorough research in order to find the most active and committed entities. We consult our partners, the EJAtlas (Environmental Justice Atlas) and our national colleagues. In this case, the very first recommendations came from a Portuguese biologist named Ana P. Coelho that many years ago I met in the islands of Guinea Bissau. When asked, the first name she gave us was "Liga para a protecçao da natureza"

After that, we checked the trajectory, the philosophy and the work of the organization. There was no doubt, we were watching at the oldest environmental group in the Iberian Peninsula with a huge experience in nature protection.", said Brais.

Coming from the North of Portugal, Quinta da Moenda, an LPN Forestry property, in Vila Nova de Poiares was one of the obligatory stops. 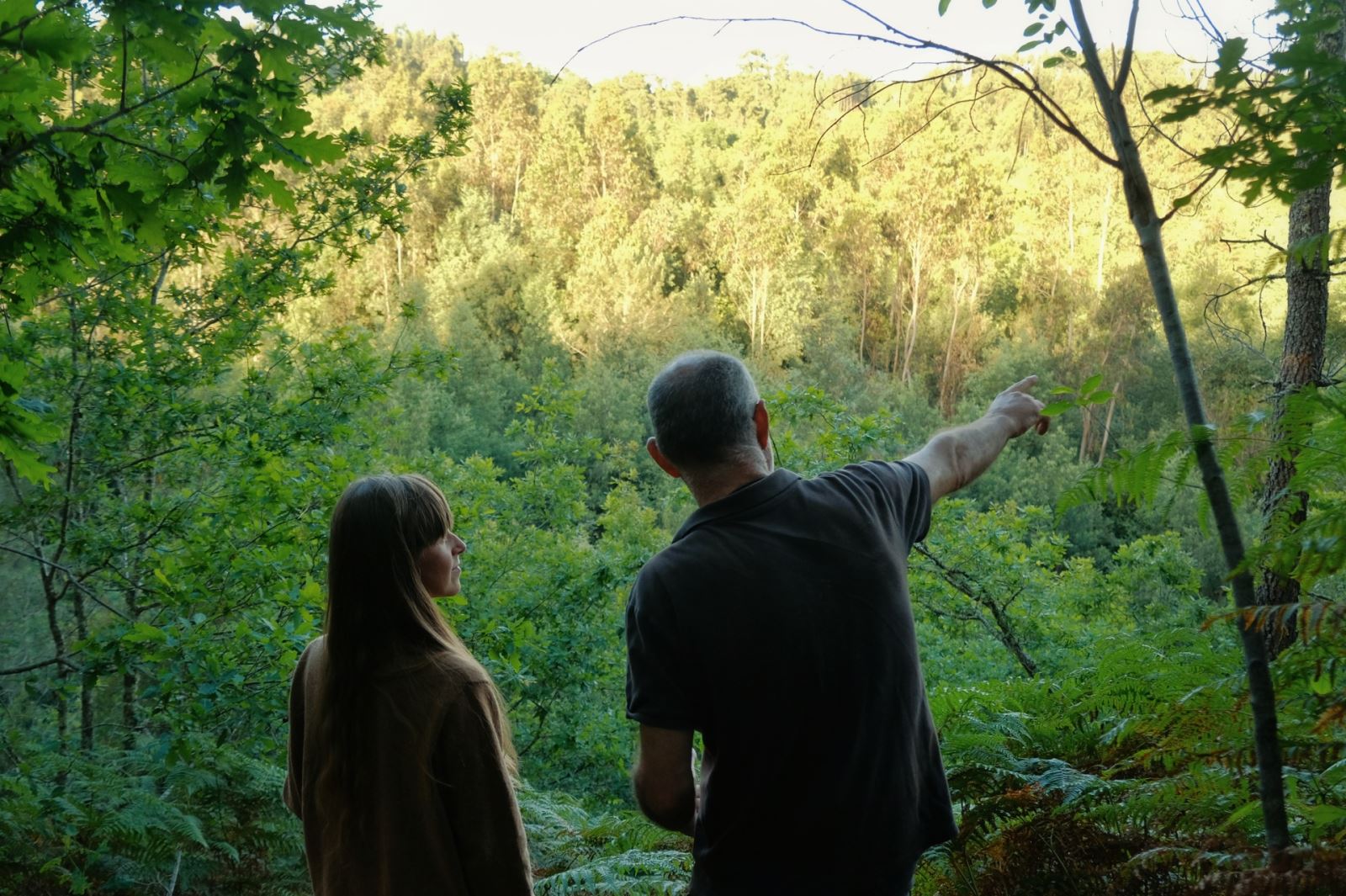 In conversation with LPN, Brais explained "Quinta da Moenda was, prior to anything else, a personal relief. We reached it after a three months cycle trough the country and we were deeply depressed because of the state of the landscape during the last weeks. When you travel engineless and you camp wild every night, you recognise and appreciate a well balanced and healthy ecosystem. Far from that, central Portugal was showing us, each day and each kilometre, the damage that humans can perpetrate to the land. Monocultures, water pollution, invasive species, poaching, forest fires... The Portuguese people we met, were mostly unaware of the importance of nature in their daily life and in consequence they over abused its resources.

So when we entered Quinta da Moenda we simply felt relief. A place that once was a degraded plot, now thanks to the compromise of LPN and Samuel Vieira stands out with the oaks replacing the eucaliptus and the birds chirping replacing the silence of a dead hill. It was a living example of hope: it is not too late for recovering the lost richness, it just requires dedicated people to bring it back." 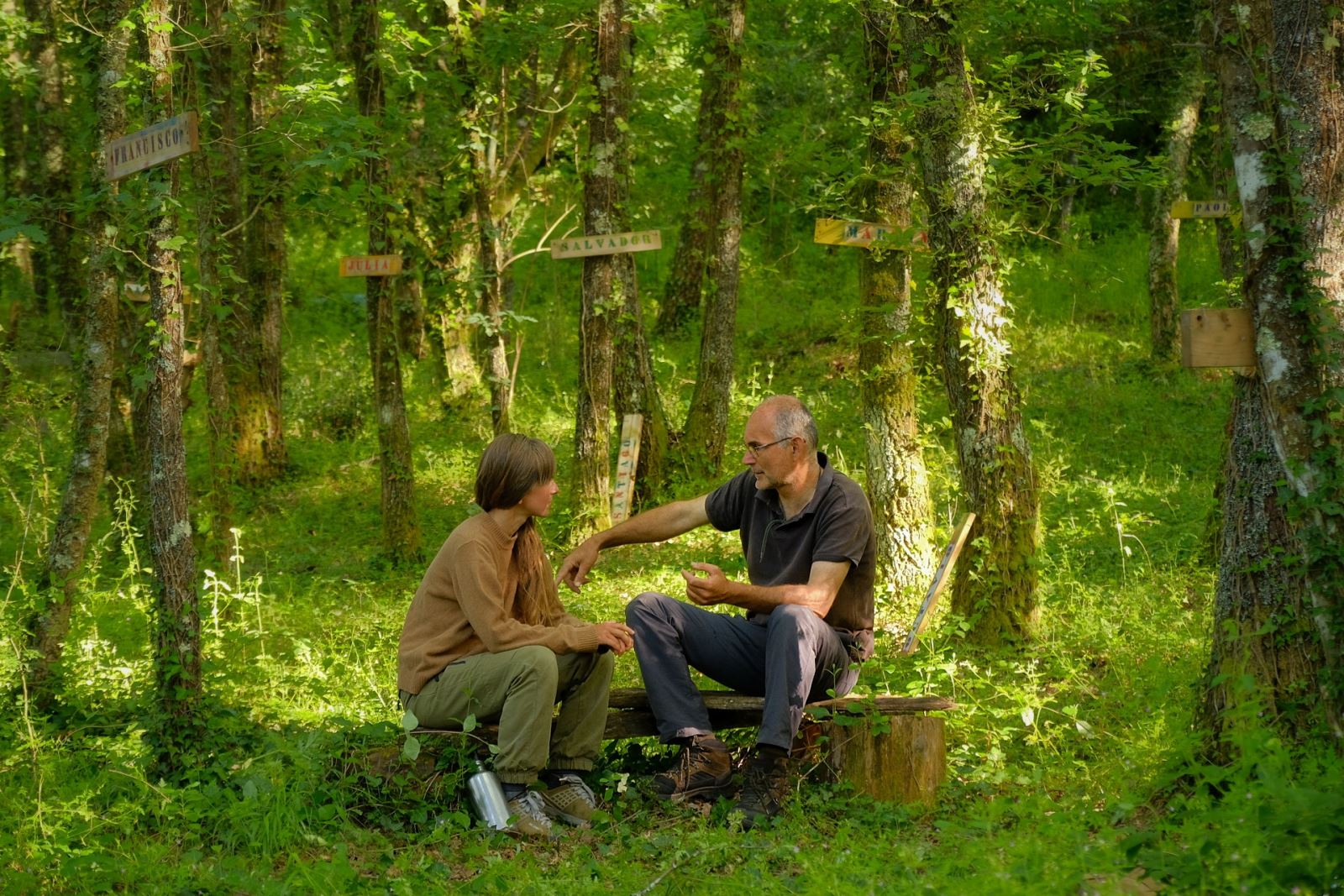