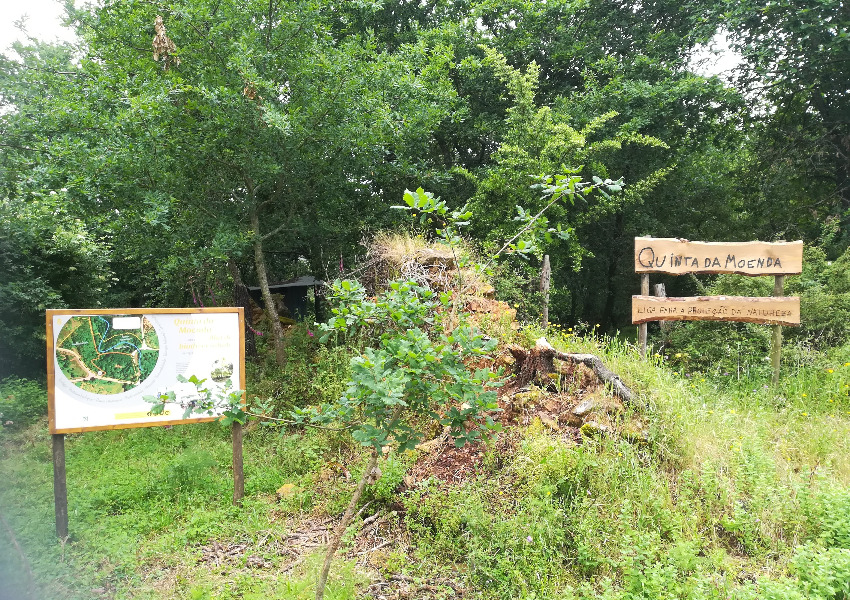 LPN was very pleased to receive and follow the visit of the delegation from the Municipality of Alenquer, consisting of the Councilman of the Environment, Paulo Franco and three other technicians of the municipality.

Joaquim Sande Silva, member of LPN's National Board of Directors, accompanied by Samuel Vieira, collaborator of the Association and by the Vice-President of the Municipality of Poiares, Artur Santos, showed the forest restoration work done at Quinta da Moenda, as well as the techniques used. Lasting about three and a half hours, they toured the entire area of the Quinta, stopping, observing, and discussing the various stages of the restoration process. The delegation from the municipality of Alenquer was impressed with the results produced and congratulated the work LPN has been doing in the field, with the realization that it is possible to restore native forest ecosystems, even in areas that are very degraded in ecological terms, as Quinta da Moenda was 30 years ago.

Quinta da Moenda consisted of areas invaded by acacias which, through the use of simple techniques that only require some knowledge of botany and ecology, and the monitoring of ecological succession over time, have modified the landscape and now presents itself as a model forest, dominated by oaks (Quercus spp.), maples (Acer pseudoplatanus), and chestnut trees (Castanea sativa). At the end of the visit, a meeting was agreed upon, this time to the municipality of Alenquer by LPN, in order to visit potential areas for forest restoration.