Say NO to the use of poisons 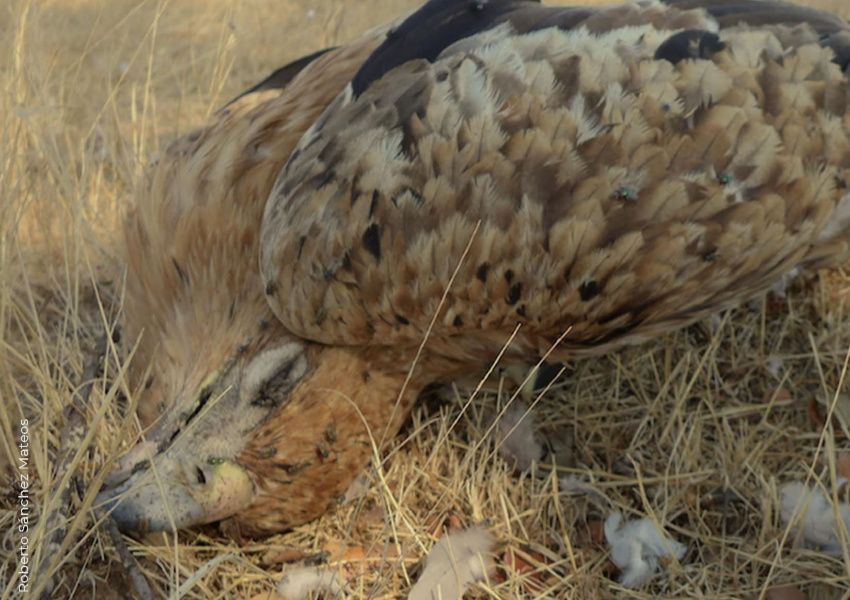 The Municipality of Castelo Branco "Bird Watching - Castelo Branco" developed the awareness campaign "Say NO to the use of poisons", together with the League for the Protection of Nature (LPN), alerting to the risks of using poisons.

This campaign was developed under the Interreg 'Territorio EUROBIRD' cross-border cooperation project Spain-Portugal, supported by the European Union and aims to raise awareness of the population to the NO use of poisons, explaining the harmful consequences of their use for biodiversity, nature conservation and also for the Human Being. It also includes information on how everyone should act when finding live or dead animals with signs of poisoning or poisoned baits.

Poisoning is one of the main causes of the sharp decline of several endangered species, such as the black vulture, the kite, the griffon vulture, the Iberian imperial eagle, and the Iberian lynx.

The improper use of poisons, besides representing a serious problem for biodiversity, endangers public health by contaminating the soil, water resources, and food crops.