Solar Energy: The end does not justify the means 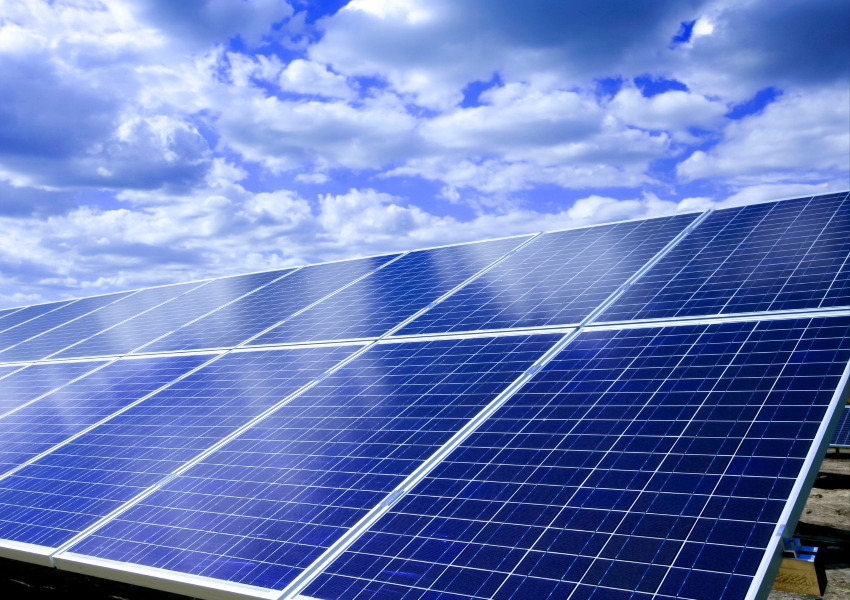 Photovoltaic plants are multiplying disorderly in the country, and with them the occupation and degradation of areas of high ecological and agricultural value.

Lisbon, June 9, 2021 - Portugal has turned to solar energy production in an effort to achieve a carbon-neutral economy by 2050, a goal that has come to dominate the political discourse and the vision of sustainability that is desired. By 2050 it is projected that almost 50% of the installed capacity of the national electricity generating sector will be solar, distributed similarly across centralized and decentralized systems. However, the strong proliferation of solar plants is happening without a strategy for location, control or restrictions that take into account the characteristics of the territory. Natural heritage, more fertile soils, ecosystems and their services, and the will of the populations that, from one day to the next, see the landscape replaced by solar panels, are at stake. The bet seems to be on the right track but, without defined rules, the disorderly mistakes of the past are repeated and irreversible losses to nature and its people are added.

In these first months of 2021 alone, more than a dozen projects for the installation of solar power plants were submitted to public consultation for Albufeira, Alenquer, Armamar, Azambuja, Elvas, Fundão, Lamego, Moimenta da Beira, Nisa, Santiago do Cacém, Tarouca, Vila Nova de Paiva and Viseu. Altogether, they correspond to about 2 thousand hectares of surface covered by almost 5 million solar photovoltaic modules. Some of these projects arise as a result of the auctions of licenses for solar energy production held by the Portuguese State in 2019 and 2020, in which the lowest solar energy prices in the world were recorded.

Until now, the choice of location for the power plant is solely up to the developers, based on a market logic and proximity to injection points in the grid. The power plants proposed for locations overlapping sensitive areas, such as Protected Areas and the Natura 2000 Network, often end up being barred by the competent authorities in the initial phase of the process, given their undeniable impact on these classified areas. But this is not always the case, with some projects approved within Special Protection Zones, and countless projects strategically proposed for spaces nestled between classified areas or on the ecological corridors that connect them. Although the regulations restrain the occupation of the National Agricultural Reserve (RAN), whose soils are suitable for agriculture, here too solar plants are projected that shred it. Outside this gymnastic exercise is the National Ecological Reserve (REN), because the infrastructures for production and distribution of electricity from the plants are, by law, compatible with its areas, vital to ecological stability and protection of natural resources. As a result, we have solar plants partially or totally overlapping with REN, without this being considered a problem. In essence, the access to licenses is made more flexible and the strategy is defined as "the more the merrier" and "the bigger the better", without looking at the consequences.

We recognize Portugal's potential for solar energy production and how important it is to reduce the country's energy dependence. And we emphasize the importance of moving towards privileging photovoltaic solar energy over non-renewable energy or more dams. In conjunction with increased energy efficiency and a commitment to sustainable mobility, this is an important step towards a society and economy with less impact on the environment. But why are we grounding this potential and this worthy mission in a strategic vacuum that compromises it?

The production of renewable energy has clear impacts on the environment, from the interruption of watercourses and flooding of vast areas imposed by dams, to the destruction of landscape and impacts on biodiversity caused by wind farms and the disorder that has guided their expansion throughout the country. The aforementioned solar parks require the occupation of large areas, where it is necessary to remove vegetation cover and clear and fence off the land, with the consequent compaction of the soil, alteration of water lines, increased erosion, and reduction of biodiversity. Conflicts with other present and future land uses and local community development options must also be considered.

Even though we recognize the need for some large solar plants, we remember that the priority should be decentralized production and medium-sized plants near the consumption centers, reducing losses in the transport of electricity, and taking advantage of infrastructures already built in urbanized areas and also degraded areas. In this way, environmental impacts are minimized and social impacts can be positive from the perspective of democratization of the energy system and empowerment of communities. It is fundamental not to repeat the mistakes that occurred in the implementation of wind energy parks, ignoring what our own experience has taught us, and even resulting in a loss of efficiency of these structures. The concern with the disorder in the implantation of solar plants is aggravated by the increase in the needs for energy production recommended in the National Strategy for Hydrogen.

We cannot continue to look at our territory without a strategy and be at the mercy of insufficiently thought-out policies and measures. It is important that a Strategic Environmental Assessment be implemented for solar photovoltaic projects, taking into consideration various scenarios of evolution of the technology in Portugal, to be carried out by entities independent of the promoting companies. The potential compatibility of photovoltaic plants with other land uses - agricultural, forestry or others - should be investigated and included in projects from their inception. Local communities should be involved in the processes from a very early stage in a clear and transparent way. There is an urgent need for the creation of tools to guide the promoters of these projects in identifying areas where the installation of these infrastructures is effectively a considered and balanced added value for the territories and for the country, without jeopardizing our natural, landscape and agricultural heritage.

C6 is a Coalition of Environmental Non-Governmental Organizations, created in 2015 with the objective of acting with a single voice with civil society and public and governmental institutions in the defense, protection and enhancement of Nature and Biodiversity in Portugal. C6: