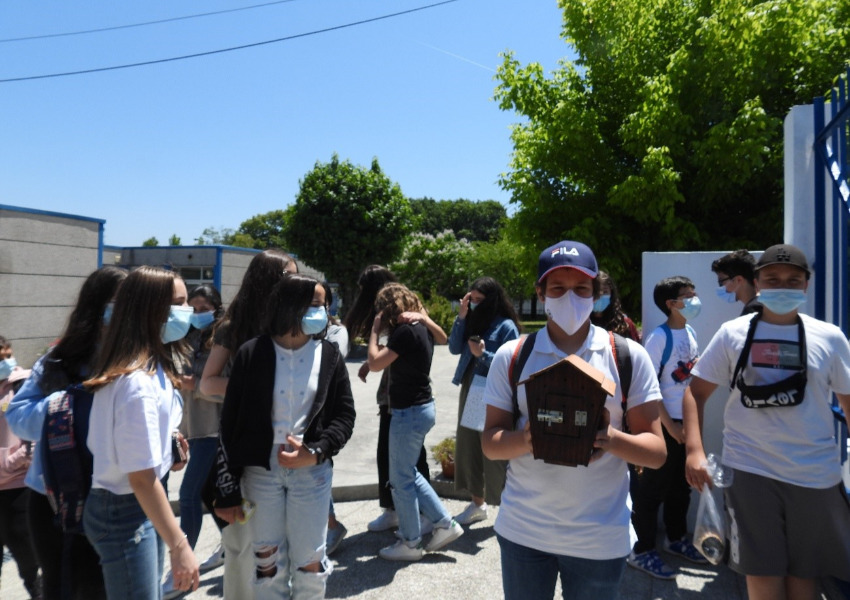 The goal of cities is to bring people together and give them conditions to feel good, in contact with nature allowing a healthier environment. For this, finding ways to welcome nature inside, such as the creation and revitalization of gardens/parks, becomes fundamental to have sustainable cities.

One example of a contribution to improving the quality of life of the population is the Alto da Vila Park, in Águeda, and this was the place chosen by the 7th grade students from classes A and B of the Adolfo Portela Secondary School, in another initiative of the Literacy for the Forest Project.

After launching the ecological path in the Boiça Park, in the afternoon, a 1.6 km long pedestrian path from the school to the Alto da Vila Park was in store for us.

Traveling through the Alto da Vila Park is to come into contact with the native species but also a trip around the world with examples of rare and exotic species dating back to the nineteenth century. With three hectares it is classified as of municipal interest, offering a romantic environment and possessing a lake, that can be crossed through two bridges, winding paths, an iron bandstand, a tennis court, a chapel, the keeper's house, caves, a hunting lodge and still the imposing chalet where the first owners of the park lived.

Right at the entrance on the right side a chestnut tree (Castanea sativa), a tree that was highlighted by the professor due to the fact that it is native, more abundant in the interior north and center of Portugal and that survived in some places in Central Europe and the Mediterranean to the last glacial period, making our territory one of the refuges during glacial events. 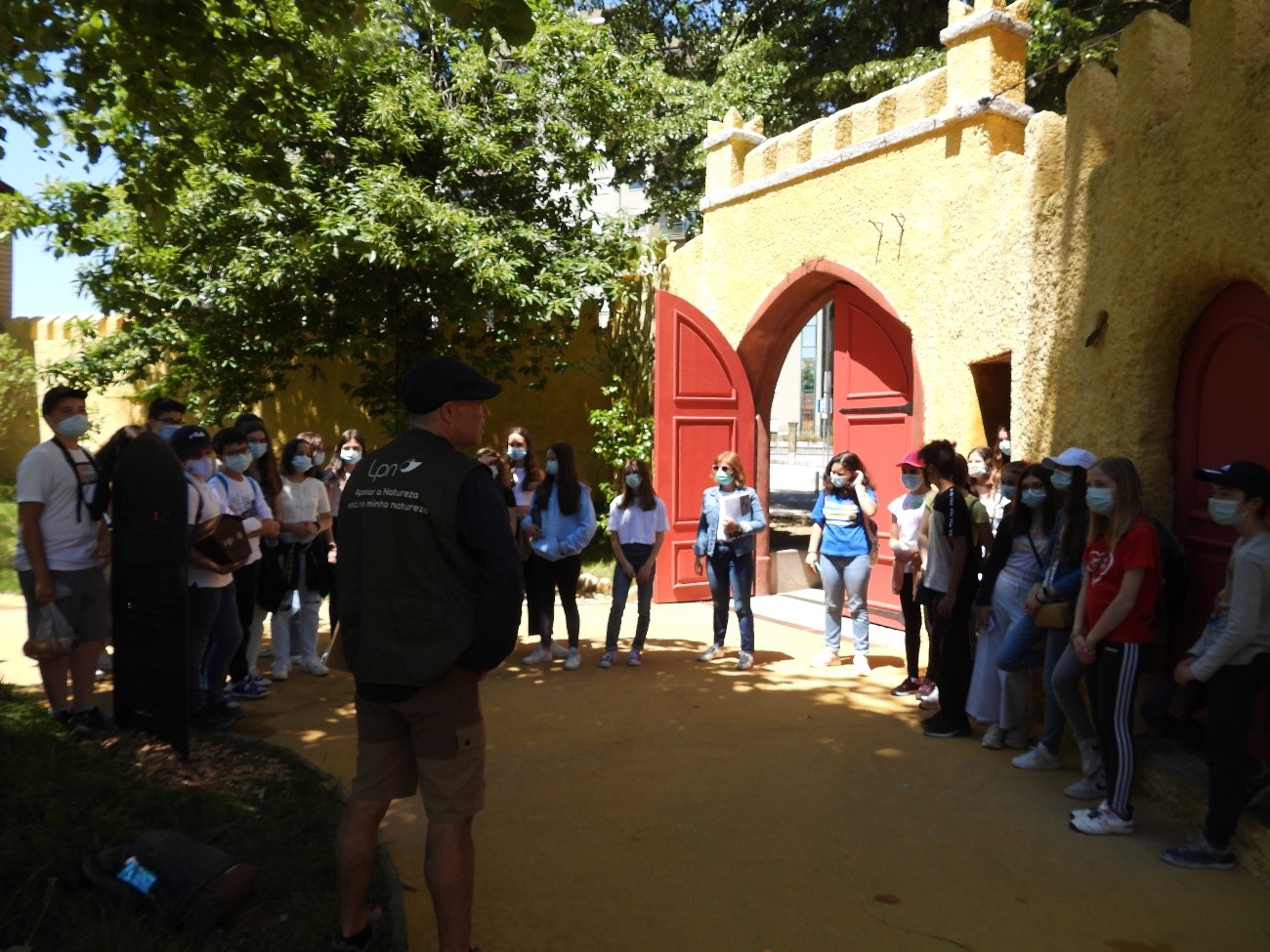 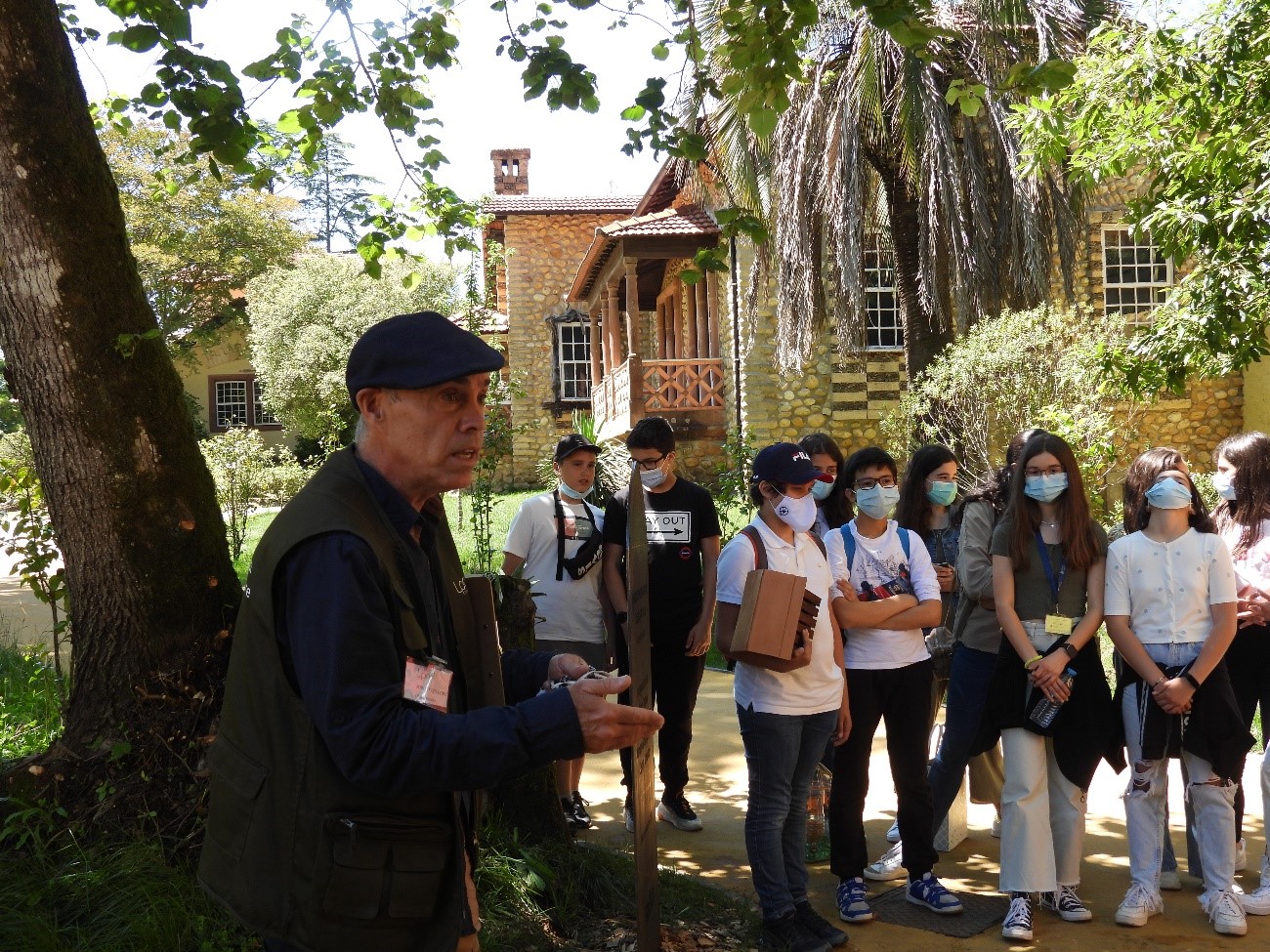 While the students were filling out the project script, other native species were being observed and described under the guidance of their teacher Jorge Fernandes. Beautiful specimens were found, such as holly (Ilex aquifolium), boxwood (Buxus sempervirens), hazel (Corylus avellana), oak (Quercus robur), among others. 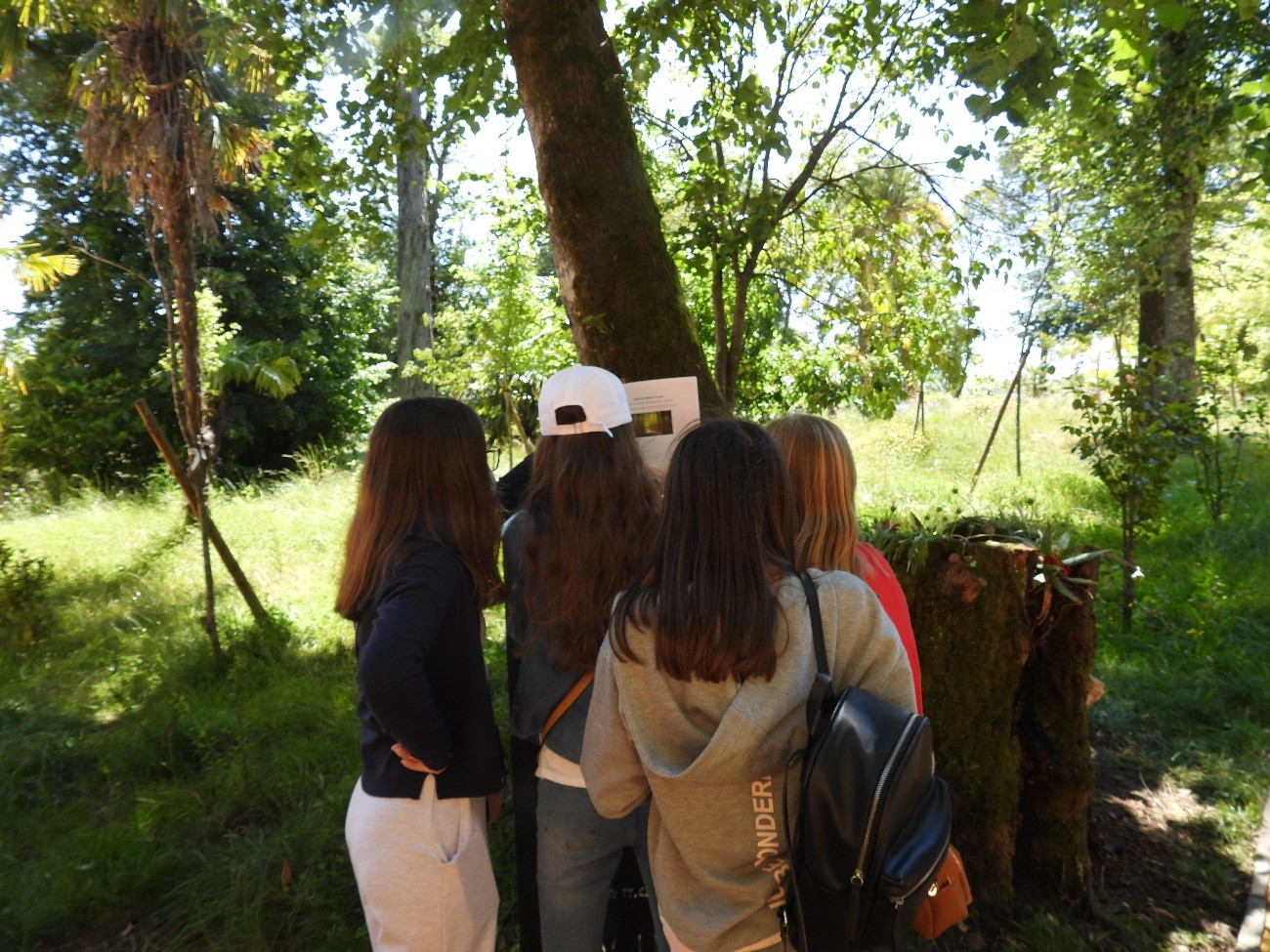 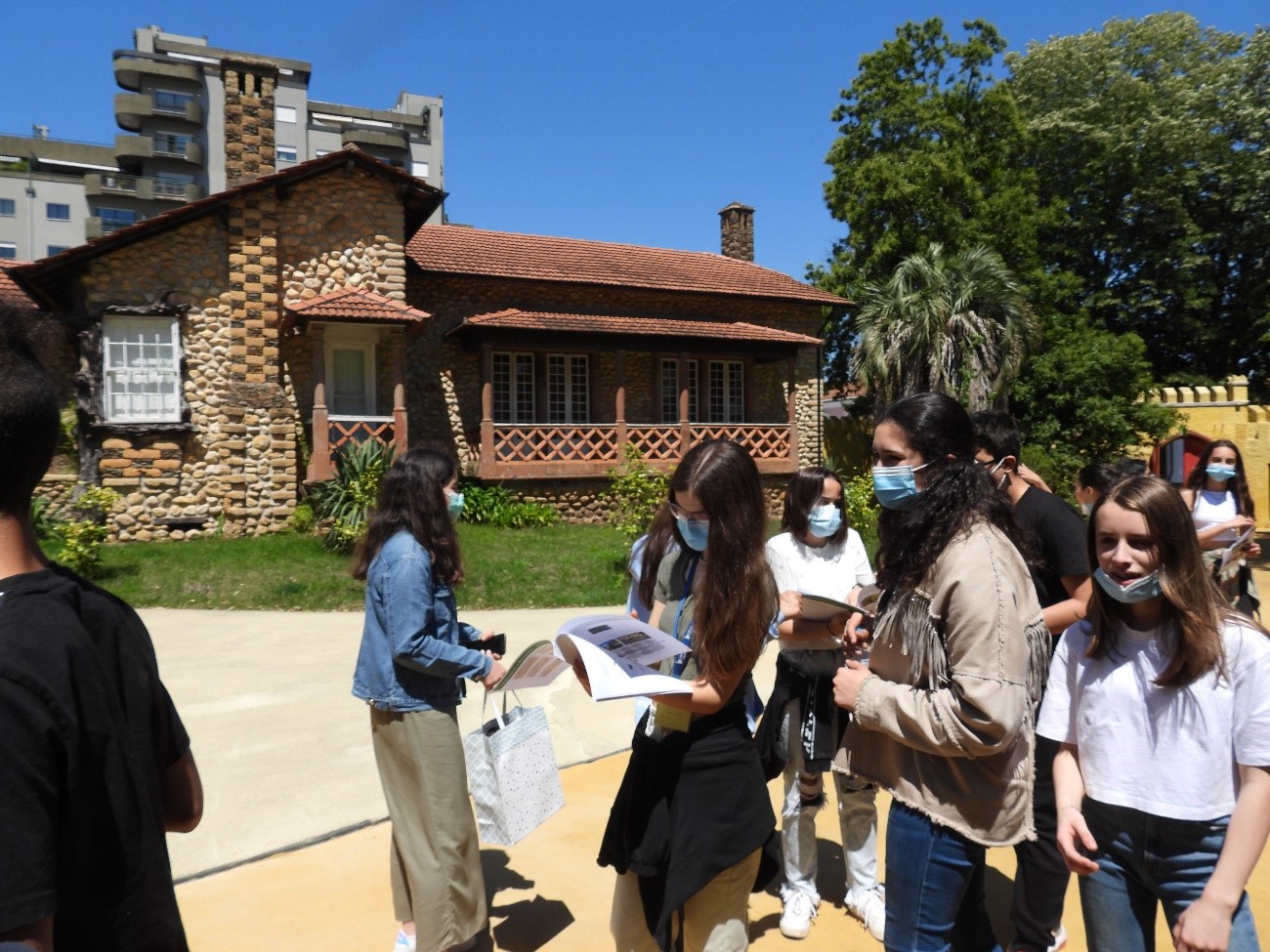 But in addition to other native species observed, the park is distinguished by sequoias, very tall cedars, and its bamboo grove, which transported us to paths in China. 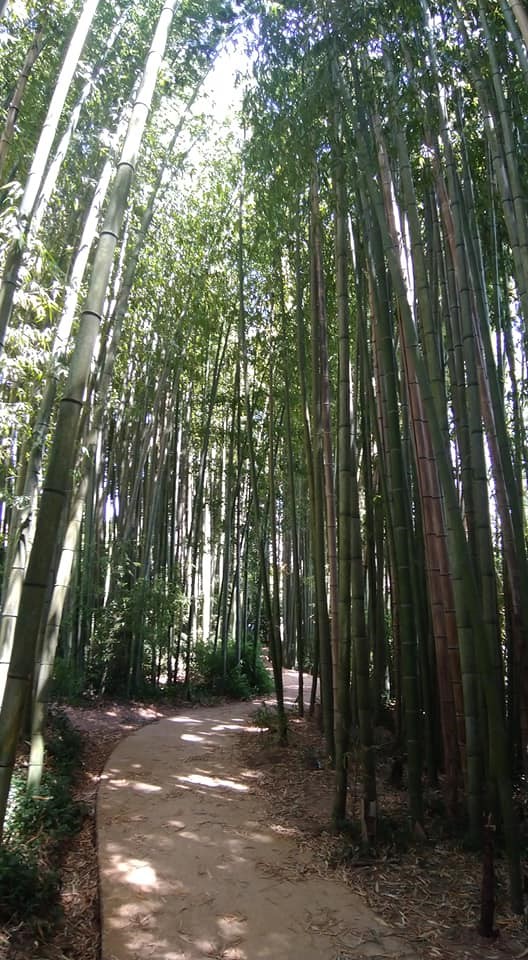 The park is also a meeting point between nature and cultural heritage, a good example of revivalist architecture, and a sculpture of a cedar trunk that was reborn among the debris of the many trees that fell during the storm of January 2013 that destroyed the Alto da Vila park.

Sculpture on a cedar trunk that fell during the January 2013 storm in Águeda, by Paulo Neves.

Highlight to the excellent involvement of students who made, with the help of their families and according to what was proposed by LPN in the 2nd online session of the Literacy for the Forest Project, feeders and drinking fountains for insects and birds in the park.

In the end, we think that the ecological path is set, because the observation, contact with nature, and search for knowledge brings an understanding of the importance of the trees and the living things that exist in the Park, and the evaluation of their benefits. 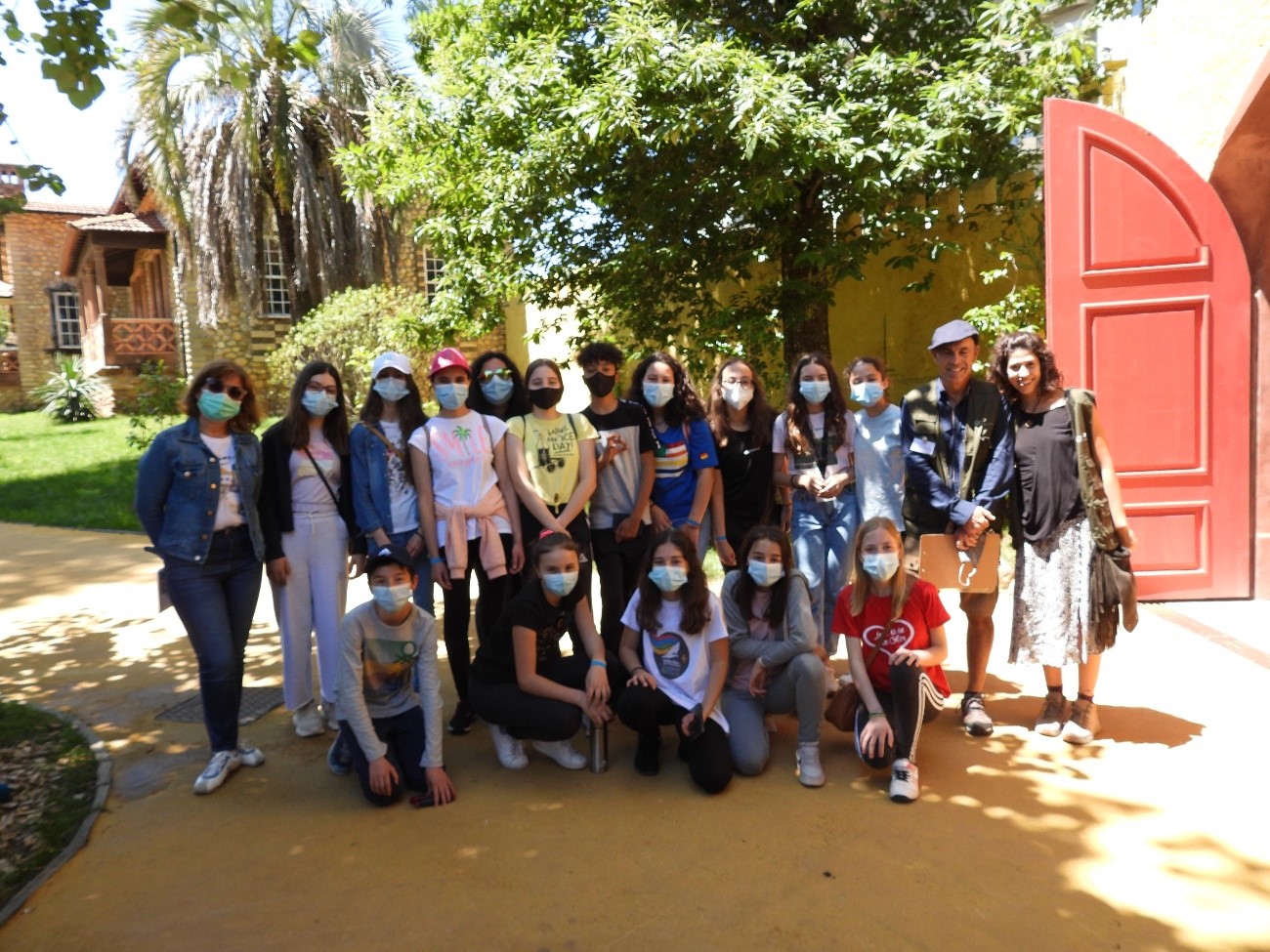