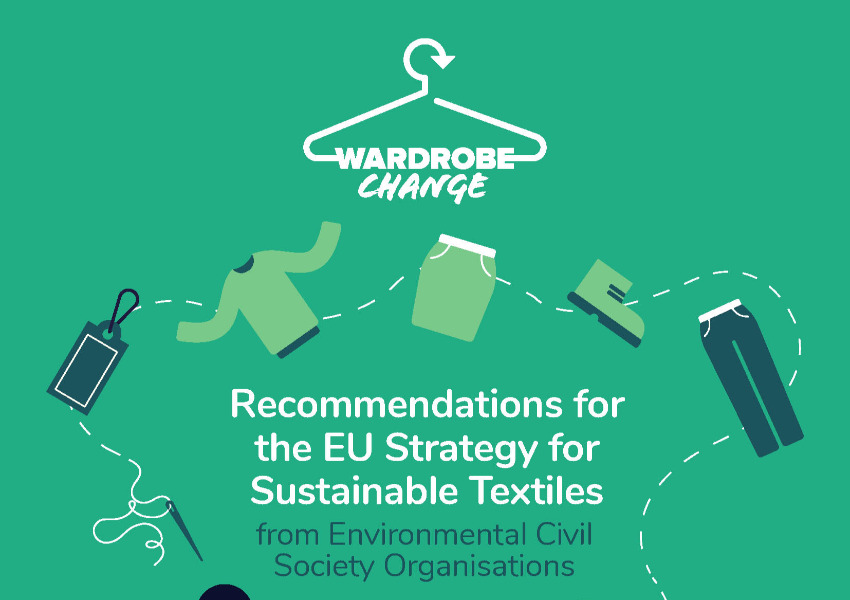 The textile industry is increasingly an issue in debate, being a poorly regulated industry and a source of various types of pollution, even a major cause of microplastic pollution due to synthetic fibers.

LPN joins 25 other European NGOs rejecting voluntary agreements to clean up the fashion industry, calling for the upcoming European Union (EU) textile legislation to hold brands accountable for their contribution to global pollution. Some of Europe's largest networks of green groups1 are joining forces to demand an end to fast fashion in the textile industry, one of the world's biggest industrial polluters2. As part of the Wardrobe Change campaign, NGOs are demanding new policies to stop the uncontrolled overproduction of textiles. Proposed measures include minimum standards for how long clothes should last, a ban on the destruction of unsold and returned goods, rules to verify and substantiate claims about green products, and ambitious targets for an absolute reduction in the amount of natural resources used throughout the supply chain.

Urgent action is also called for on the use of hazardous chemicals in fashion and measures to combat environmental damage, including actions to end human and worker rights violations in supply chains. This need and call for attention comes as the production of clothing and textiles continues to grow3,4, despite many sustainability initiatives by major fashion brands.

The European Commission is currently - until August 4, 2021 - collecting reactions from industry and civil society organizations, with the aim of presenting a legislative proposal for the strategy by the end of the year.

(2) 675 million tons of raw materials are used annually to feed the consumption of clothing, footwear and home textiles in the EU - an average of 1.3 tons per EU citizen. (Source: Agência Ambiental Europeia 2019)